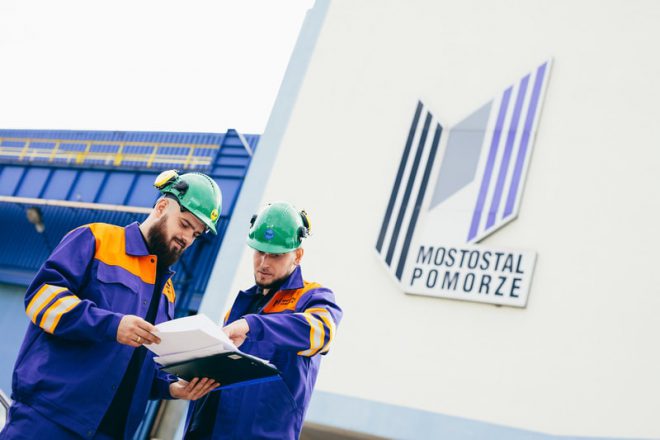 Mostostal Pomorze is a recognized and rapidly developing producer of large-size steel and aluminum constructions for both domestic and foreign markets.

The company carries out highly advanced and specialized projects mainly for the offshore industry including oil and gas extraction, drilling platforms, subsea constructions and offshore wind energy. In addition, the company manufactures structures and installations for petrochemical-refining, construction, infrastructure and shipbuilding industries.

The modern machinery park, but above all production capacity and processing capacity of the company, give the opportunity to perform large-scale orders from scratch and modernise entrusted projects.

Mostostal Pomorze SA cooperates with leading global brands, which has allowed the company to gain extensive experience in the industry. 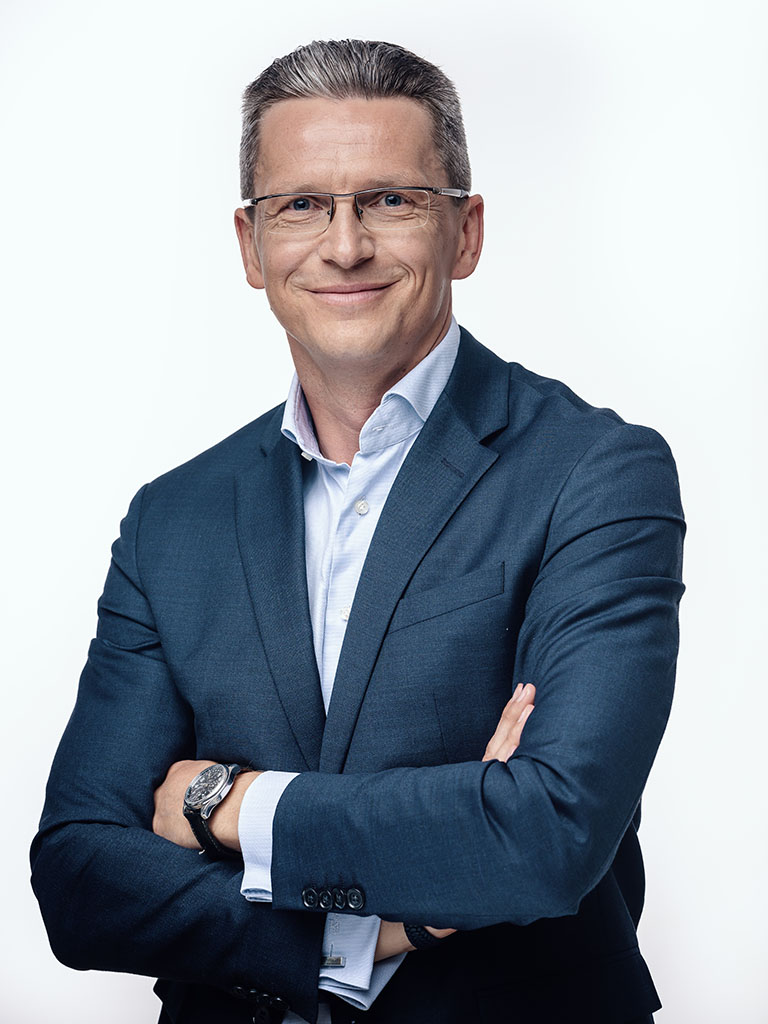 For years associated with the industry, a long-term manager of the shipbuilding industry. He graduated from the Faculty of Management at the University of Gdańsk and holds a PhD in Economics. Between 1997-2006, he worked at Gdynia Shipyard where he served as board advisor, board office director and board member.

In 2005, he was advisor to the Secretary General of CESA (now Sea Europe) based in Brussels. He was a lecturer at the University of Gdańsk (2002-2004) and at the Sopot University of Applied Science (2003-2009). In the years 2008-2012, he was a member of the Gdańsk Shipyard Management Board. For five years he worked for the Remontowa Holding Group, first as a board member in Remontowa Shipbuilding, and then in 2014-2017 as Managing Director and Member of the Board of the Remontowa Holding parent company. He was appointed President of the Management Board of Mostostal Pomorze SA in 2018.

Ewa Iwaniuk-Niecikowska
Member of the Board

From the beginning of her professional career, she has been associated with companies from the financial and industrial sectors. She graduated with honours from the Gdańsk University of Technology in Economics and Finance, as well as from the Gdynia Maritime University. She gained experience in the field of finance through banking where she took her first professional steps, and then at the Social Insurance Institution in Gdynia. In 2005–2009 she worked in the Audit Department of REWIT Accountants and Statutory Auditors auditing the financial statements of companies, including listed companies, under the supervision of a statutory auditor. From 2009, she additionally managed the audit department.

In 2009, she obtained a Certificate of Accounting for bookkeeping, and two years later (2011) she acquired the qualifications of Statutory Auditor. She has been working for Mostostal Pomorze since 2009, initially as the Chief Accountant, and since 2012 also as Finance Director and Member of the Management Board. 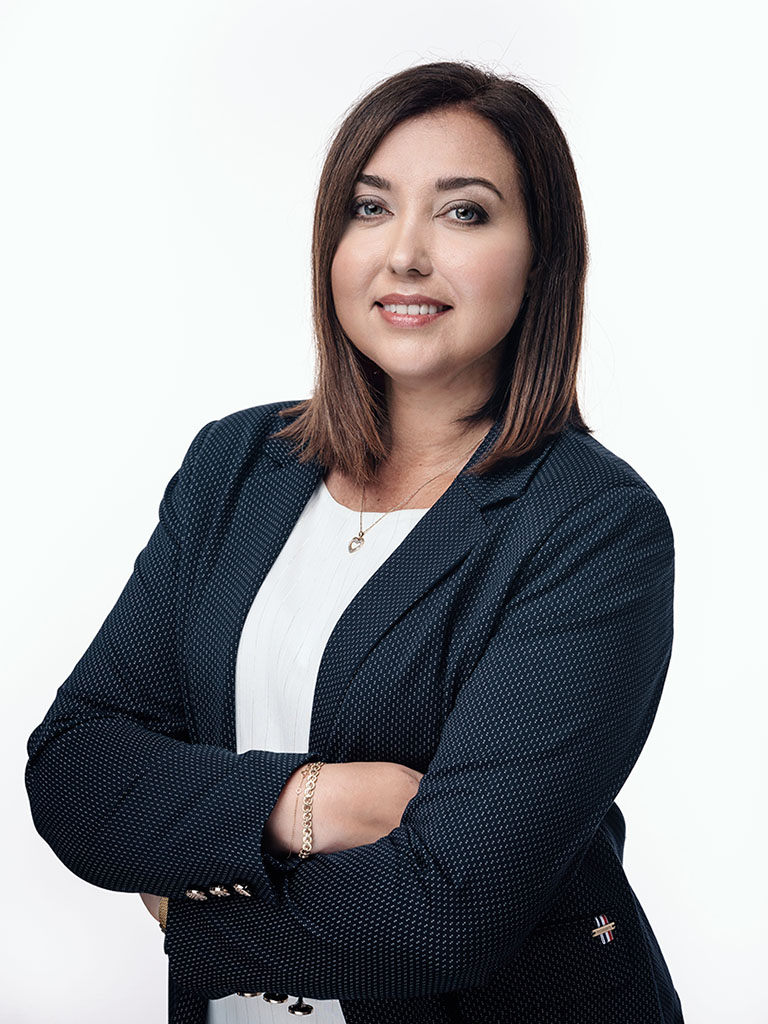 The company Mostostal Pomorze commenced operations on 1 January, 1999 as an independent economic entity, separated from the organizational structures of Mostostal Gdańsk S.A., under the name MG Pomorze SA. From the beginning of its activity, it has performed specialised and large-size orders mainly for the petrochemical industry in Poland, as well as for Norwegian contractors.

In 2003, MG Pomorze SA took over a significant part of the staff and production facilities, and continued the implementation of offshore contracts.

In 2005, the company's capital was transferred to private investors and the company changed its name to Mostostal Pomorze SA. On 2 January, 2008, the company became part of the POLAQUA capital group, and since January 2015, POLAQUA Ltd became the owner of 100% of the company's shares.

It is worth noting that already in 2014, 100% of Mostostal Pomorze's production consisted of offshore structures. The company continues to cooperate with companies with which it was associated from the beginning of its operation, while at the same time increasing its involvement in the broader offshore market - as well as undertaking the implementation of machines requiring specialized machining, bridges and X-ray crane structures designed for moving containers at a variety of container bases.

In recent years, Mostostal Pomorze SA has become a leader in Poland among producers of large-size structures for the offshore market, successfully implementing projects for the wind energy industry, the underwater industry, and the oil and gas sector.

Mostostal Pomorze SA has belonged to the POLAQUA capital group since 2008, and has since 2 January, 2015 held 100% of Mostostal Pomorze shares. POLAQUA is owned by the Spanish law company DRAGADOS SA with its seat in Madrid, which is part of the ACS Actividades de Construcción y Servicios Sociedad Anónima (ACS S.A.) group.

Certificate of Business Credibility awarded for the highest rating of the company's stability in 2019 by Bisnode Polska.

1st place in the competition "Employer - Organiser of Safe Work"

Certificate of Business Credibility awarded for the highest rating of the company's stability in 2016 by Bisnode Polska.

1st prize in the category of Industrial and Specialist Construction. Patronage of the Ministry of Infrastructure and Construction

Laureate of Pomeranian Employer of the Year 2013 and 2014

Certificate of Business Credibility awarded for the highest rating of the company's stability in 2014 by Bisnode Polska.

Laureate of Pomeranian Employer of the Year 2013 and 2014

Certificate of Business Credibility awarded for the highest rating of the company's stability in 2014 by Bisnode Polska.